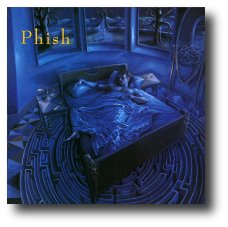 A few years ago Phish released the album Rift. One of the songs was Maze which had a chorus that went something like this:

Well now phish has changed from the name of a jam band to a verb. But this creation of verbs is not necessarily good (like say google). It does not be being bombarded by tortillas during a 2001 jam. Phishing attacks are very common (and according to the security session at OSCON there was no solution for them), so education is important here.

Most geeks know this but perhaps their acquantainces (wives, families, friends don't). So in order to appear like a public service announcement blog, remember to tell/remind all your friends to delete phishing emails. Yes they need to have friendly reminders from nerds who they trust.

ps- yes my wife recently recieved two emails from "paypal", and she was so bothered by it that she deleted her account. (I guess paypal itself (the non-bank bank) is another can of worms).