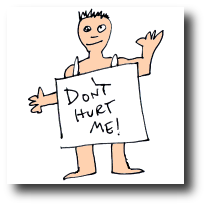 Last week Alex presented to a pretty big crowd for a baypiggies meeting at google. His talk was originally entitled "Black Magic", but to avoid the bad connotation, he renamed it "Descriptors, Decorators and Metaclasses". A pdf version of his slides can be found here. If you are interested in any of these topics, check out his slides.

One issue that he really didn't talk about was when you would want/need to use metaclasses or decorators. I only scribbled down a few notes. The funniest part of the talk for me was when an obvious python newbie questioned Alex on why classes expose all of their members (private vs public). This clicked something in Alex and he went off. He said something to the effect of "there's nothing stopping you from killing yourself. Your body has no mechansim to prevent that, but it's a bad idea. It would be wasted machinery." He went on to say that one may subvert C++'s private encapsulation through casting and that you should run any untrusted code in a bsd jail or something similar.