Down the Training Rabbit Hole

In the past few months I have been doing a bit of corporate training for MetaSnake. I have noticed a few things:

To that end I'm Kickstarting a new site called Pycast. Pycast will provide subscriptions to two channels, a Python channel, and a Data Science channel. users can subscribe to one or both. 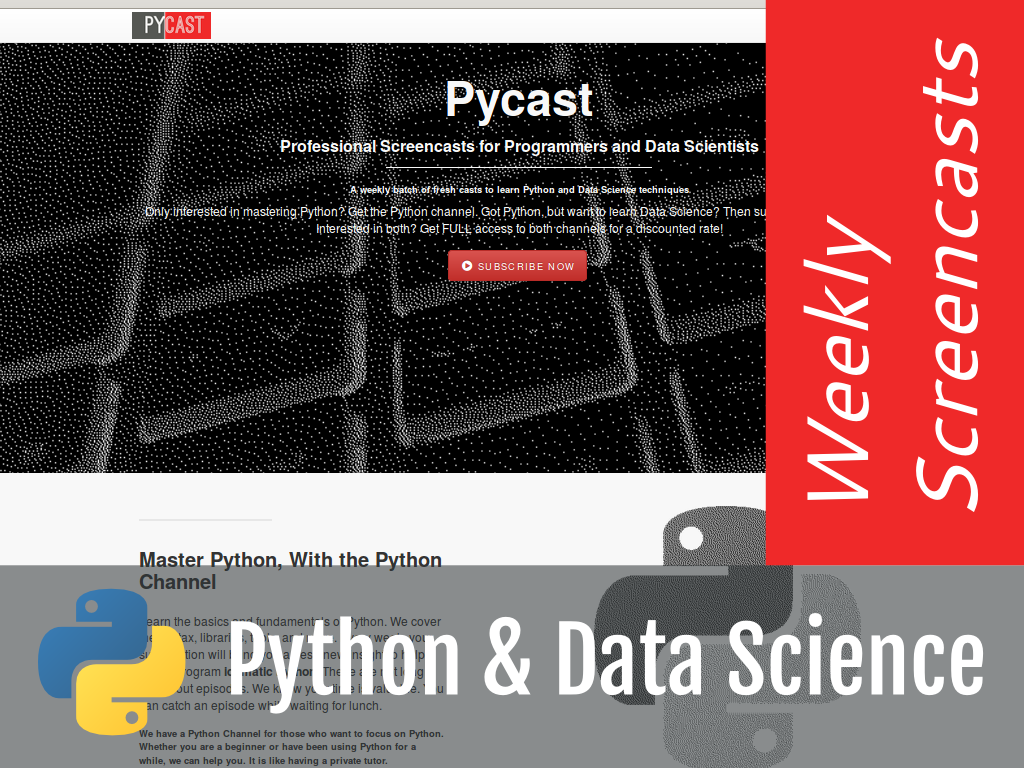 My aim is to publish content in both channels on a weekly basis. I want it to be at a reasonable price. One month will cost about as much as a lunch (US). The content will cover one topic. It will generally be under 10 minutes, be very code heavy, and show hints as well as hangups.

The other channel I want to start off with is a Data Science channel. I've been doing "data" in Python for a while now. There is a lot of demand for Python in this arena. While data science is a somewhat ambiguous term, my content will cover:

Why not one channel?

Though there is some overlap in the content (hopefully Data Scientists are idiomatic Python programmers), I think the channels will appeal to different groups. I've certainly seen that in my corporate training gigs. Though I might have some videos that belong to both channels (SQL is an example).

First of all, I want to try running a Kickstarter just to have experience with the platform. It is a nice way to launch a product. I also want to attract a group of users who are interested in getting early access and providing feedback. With the aim of having a better product when I launch to the world.

If this is of interest to you, I encourage you to join for a month, or a year. (If you or your company need training, I've also put in some packages that basically give you a half day or day of training with a year-long subscription thrown in).

As of this blog post, I'm at 10% funding. Please spread the word.